This site uses cookies to provide and improve your shopping experience. By continuing to use this site, you agree to accept these cookies.
For more information, please see our Cookies Page
More Info
Ok
Market Cross Jewellers BlogUncategorizedCelebrating 30 Years of the Breitling Chronomat
Menu
Uncategorized

Celebrating 30 Years of the Breitling Chronomat

In the early 1980’s, the then owner of the Breitling brand, Earnest Schneider, whom had recently purchased the company from Willy Breitling, had closed in on securing the company’s first official sponsor. The Freece Tricolori. The Freece Tricolori are the Italian Air forces Acrobatics Team, and Earnest Schneider decided to create an entirely new aviation chronograph designed specifically for their needs. The first ever Chronomat was developed with a huge input from the pilots to ensure that the watch met all of their needs.

The watch was received such marvellous praise that in 1983 it was unveiled as the official watch of the Freece Tricolori. Just one year later, in 1984, the mainstream Chronomat collection was released to the general public to the adulation of watch and aviation enthusiasts everywhere. 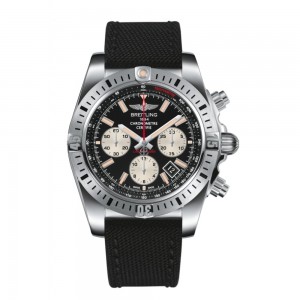 This is the Breitling Chronomat 44 – AB01154G/BD13 currently available at Market Cross Jewellers .

Over the last three decades constant progress has been made to the Chronomat range and in 2009, the Chronomat range was the first range of Breitling to host the new Breitling Manufacture movements.  Breitlings team of master horologists have worked in close conjunction with aviation and flight experts to ensure that the Chronomat is kept as relevant and cutting edge as possible.

The Breitling Chronomat is an embodiment of the Breitling ethos, with its sturdy steel case and rugged edges housing a Breitling Calibre movement and split-second chronograph designed with aviation enthusiasts in mind.

Be a part of Breitling

Here at Market Cross Jewellers, we have a fantastic range of Breitling watches, including the legendary Chronomat range for you to choose from, all at fantastic prices.